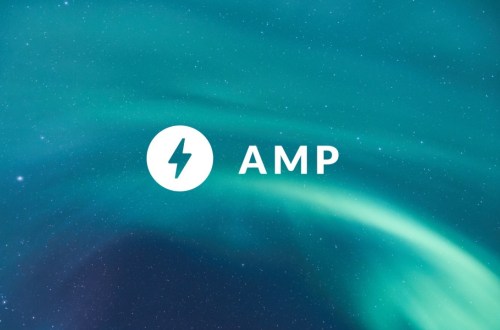 Google AMP Can Go To Hell

Let’s talk about Accelerated Mobile Pages, or AMP for short. AMP is a Google pet project that purports to be “an open-source initiative aiming to make the web better for all”.

While there is a lot of emphasis on the official AMP site about its open source nature, the fact is that over 90% of contributions to this project come from Google employees, and it was initiated by Google. So let’s be real: AMP is a Google project.

Google is also the reason AMP sees any kind of adoption at all. Basically, Google has forced websites – specifically news publishers – to create AMP versions of their articles. For publishers, AMP is not optional; without AMP, a publisher’s articles will be extremely unlikely to appear in the Top Stories carousel on mobile search in Google.

And due to the popularity of mobile search compared to desktop search, visibility in Google’s mobile search results is a must for publishers that want to survive in this era of diminishing revenue and fierce online competition for eyeballs.

If publishers had a choice, they’d ignore AMP entirely. It already takes a lot of resources to keep a news site running smoothly and performing well. AMP adds the extra burden of creating separate AMP versions of articles, and keeping these articles compliant with the ever-evolving standard.

So AMP is being kept alive artificially. AMP survives not because of its merits as a project, but because Google forces websites to either adopt AMP or forego large amounts of potential traffic.

And Google is not satisfied with that. No, Google wants more from AMP. A lot more.

Yesterday some of my publishing clients received these messages from Google Search Console:

Take a good look at those messages. A very good look. These are the issues that Google sees with the AMP versions of these websites:

“The AMP page is missing all navigational features present in the canonical page, such as a table of contents and/or hamburger menu.”

“The canonical page allows users to view and add comments, but the AMP article does not. This is often considered missing content by users.”

“The canonical URL allows users to share content directly to diverse social media platforms. This feature is missing on the AMP page.”

“The canonical page contains a media carousel that is missing or broken in the AMP version of the page.”

Yet due to the restrictive nature of AMP, putting these features in to an article’s AMP version is not easy. It requires a lot of development resources to make this happen and appease Google. It basically means developers have to do all the work they already put in to building the normal version of the site all over again specifically for the AMP version.

The underlying message is clear: Google wants full equivalency between AMP and canonical URL. Every element that is present on a website’s regular version should also be present on its AMP version: every navigation item, every social media sharing button, every comment box, every image gallery.

Google wants publishers’ AMP version to look, feel, and behave exactly like the regular version of the website.

What is the easiest, most cost-efficient, least problematic method of doing this? Yes, you guessed it – just build your entire site in AMP. Rather than create two separate versions of your site, why not just build the whole site in AMP and so drastically reduce the cost of keeping your site up and running?

Google doesn’t quite come out and say this explicitly, but they’ve been hinting at it for quite a while. It was part of the discussion at AMP Conf 2018 in Amsterdam, and these latest Search Console messages are not-so-subtle hints at publishers: fully embracing AMP as the default front-end codebase for their websites is the path of least resistance.

That’s what Google wants. They want websites to become fully AMP, every page AMP compliant and adhering to the limitations of the AMP standard.

The web is a messy, complicated place. Since the web’s inception developers have played loose and fast with official standards, and web browsers like Netscape and Internet Explorer added to this mess by introducing their own unofficial technologies to help advance the web’s capabilities.

The end result is an enormously diverse and anarchic free-for-all where almost no two websites use the same code. It’s extremely rare to find websites that look good, have great functionality, and are fully W3C compliant.

For a search engine like Google, whose entire premise is based on understanding what people have published on the web, this is a huge challenge. Google’s crawlers and indexers have to be very forgiving and process a lot of junk to be able to find and index content on the web. And as the web continues to evolve and becomes more complex, Google struggles more and more with this.

For years Google has been nudging webmasters to create better websites – ‘better’ meaning ‘easier for Google to understand’. Technologies like XML sitemaps and schema.org structured data are strongly supported by Google because they make the search engine’s life easier.

Other initiatives like disavow files and rel=nofollow help Google keep its link graph clean and free from egregious spam. All the articles published on Google’s developer website are intended to ensure the chaotic, messy web becomes more like a clean, easy-to-understand web. In other words, a Google-shaped web. This is a battle Google has been fighting for decades.

And the latest weapon in Google’s arsenal is AMP.

Websites built entirely in AMP are a total wet dream for Google. AMP pages are fast to load (so fast to crawl), easy to understand (thanks to mandatory structured data), and devoid of any unwanted clutter or mess (as that breaks the standard).

An AMPified web makes Google’s life so much easier. They would no longer struggle to crawl and index websites, they would require significantly less effort to extract meaningful content from webpages, and would enable them to rank the best possible pages in any given search result.

Moreover, AMP allows Google to basically take over hosting the web as well. The Google AMP Cache will serve AMP pages instead of a website’s own hosting environment, and also allow Google to perform their own optimisations to further enhance user experience.

As a side benefit, it also allows Google full control over content monetisation. No more rogue ad networks, no more malicious ads, all monetisation approved and regulated by Google. If anything happens that falls outside of the AMP standard’s restrictions, the page in question simply becomes AMP-invalid and is ejected from the AMP cache – and subsequently from Google’s results. At that point the page might as well not exist any more.

Is this what we want? Should we just succumb to Google’s desires and embrace AMP, hand over control of our websites and content to Google? Yes, we’d be beholden to what Google deems is acceptable and publishable, but at least we’ll get to share in the spoils. Google makes so much money, plenty of companies would be happy feeding off the crumbs that fall from Google’s richly laden table.

It would be easy, wouldn’t it? Just do what Google tells you to. Stop struggling with tough decisions, just let go of the reins and dance to Google’s fiddle. Dance, dance like your company’s life depends on it. Because it does.

You know what I say to that? No.

Google can go to hell.

Who are they to decide how the web should work? They didn’t invent it, they didn’t popularise it – they got filthy rich off of it, and think that gives them the right to tell the web what to do. “Don’t wear that dress,” Google is saying, “it makes you look cheap. Wear this instead, nice and prim and tidy.”

This is the World Wide Web – not the Google Wide Web. We will do as we damn well please. It’s not our job to please Google and make our websites nice for them. No, they got this the wrong way round – it’s their job to make sense of our websites, because without us Google wouldn’t exist.

Google has built their entire empire on the backs of other people’s effort. People use Google to find content on the web. Google is just a doorman, not the destination. Yet the search engine has epic delusions of grandeur and has started to believe they are the destination, that they are the gatekeepers of the web, that they should dictate how the web evolves.

Take your dirty paws off our web, Google. It’s not your plaything, it belongs to everyone.

Some of my clients will ask me what to do with those messages. I will tell them to delete them. Ignore Google’s nudging, pay no heed.

Google is going to keep pushing. I expect those messages to turn in to warnings, and eventually become full-fledged errors that invalidate the AMP standard.

Google wants a cleaner, tidier, less diverse web, and they will use every weapon at their disposal to accomplish that. Canonical AMP is just one of those weapons, and they have plenty more. Their partnership with the web’s most popular CMS, for example, is worth keeping an eye on.

The easy thing to do is to simply obey. Do what Google says. Accept their proclamations and jump when they tell you to.

Or you could fight back. You could tell them to stuff it, and find ways to undermine their dominance. Use a different search engine, and convince your friends and family to do the same. Write to your elected officials and ask them to investigate Google’s monopoly. Stop using the Chrome browser. Ditch your Android phone. Turn off Google’s tracking of your every move.

And, for goodness sake, disable AMP on your website.

Don’t feed the monster – fight it.